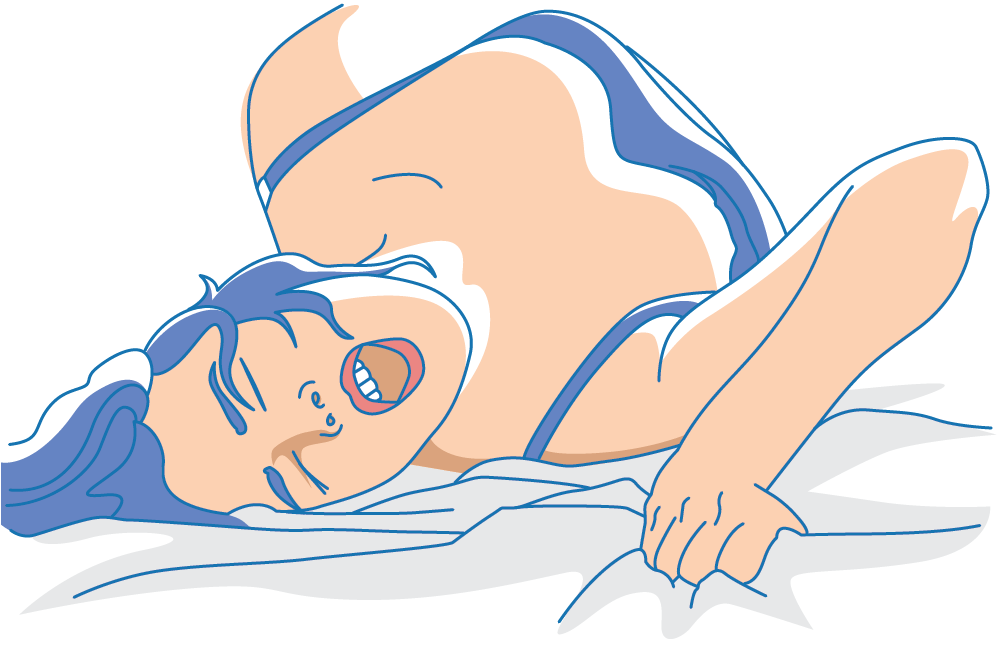 How to Pleasure a Woman in Bed: 7 Best Tips

Pleasuring your partner should be high on your list of things to do. It’s true that women require more nuanced experiences than men when it comes to sexual pleasure. However, it’s not impossible to bring her pleasure when you know just what it is that women need.

This article will outline exactly what women need in the bedroom. I’ve also included some specific vaginal penetration techniques that will make a world of difference when it comes to pleasuring your woman.

But before we begin with the “how,” let’s cover the specifics of female arousal.

The sexual response cycle is a model developed by sexual researchers William Masters and Virginia Johnson. It includes four steps that both men and women experience before, during, and after sexual encounters.

The excitement stage varies the most in length, as it can last from a few minutes to a few hours. It can start with either mental or physical stimuli, and the level of stimulation required to trigger excitement will vary by person.

This phase is characterized by a few key physical characteristics, such as:

You may notice an escalation in these “side effects” as excitement deepens or continues over an extended period of time.

The plateau is a continuation of the excitement phase. The previous physical characteristics will remain in effect, though you may notice a continued increase in heart rate and respiration. At this stage, you will also notice an increase in myotonia, or muscle tension. This is necessary for the buildup to orgasm.

Orgasm is the peak of pleasure. It is defined as quick, rhythmic muscle contractions in the lower pelvic muscles including the vagina and anus.

It’s believed that women experience more complex orgasms than men. Depending on the origin of the orgasm (e.g. clitoris versus vagina), the intensity will vary. In general, women experience a body-wide wave of pleasure that emanates from the groin.

Resolution is the final stage in the sexual response cycle. It is when the muscles relax and the body’s various systems (heartrate, breathing, blood pressure) return to their pre-excitement levels.

This is a great time for physical and emotional bonding with your partner.

7 Tips for Pleasuring a Woman in Bed

It’s not difficult to please a woman in the bedroom. However, women do require a certain touch. The below seven tips will ensure your partner feels appreciated and, more importantly, sexually fulfilled.

1. Take Your Time with Foreplay

There’s this mistaken belief that foreplay is what happens immediately preceding sex. Foreplay, however, can start hours or even days before the main event.

Text messages like “I can’t wait to see you in that lingerie” or “I want to make you moan so badly” are a good way to start off. They get your partner’s mind running so she’s mentally prepared when you meet up in bed. Other forms of foreplay throughout the day include:

Once you and your partner actually get into bed, you’ll both be hot and heavy and ready to go. From there, you can start in with the more traditional forms of foreplay like:

Soon she’ll be dripping wet and you’ll be hard as a rock. This will only improve the experience all around.

2. Avoid Her Genitals – At First

During foreplay, it’s not uncommon to go straight for the genitals. After all, they’re filled with millions of nerve endings and stimulating them is the ultimate goal.

I’d recommend you avoid her genitals at the start, though. This does two things.

First, it will leave her begging you for more. Second, it will make your touch all that more powerful and effective when you do finally get there.

Let’s say you’re making out and the heavy petting has begun. Begin to stroke her body following the lines of her curves. But before you get to an erogenous zone like the nipples or the clit, slowly drift away to another patch of skin.

You can do this a few times and watch as your partner gets frustrated. Only once she’s asking you to touch her – “suck my nipples, please” or “touch my clit baby” – should you do so.

3. Add Some Sex Toys to the Mix

Don’t think that you have to provide all of the stimulation and pleasure to your partner or you’ve failed. The fact is that sex toys are a fun way to increase her pleasure and make your job a little easier. Win, win. 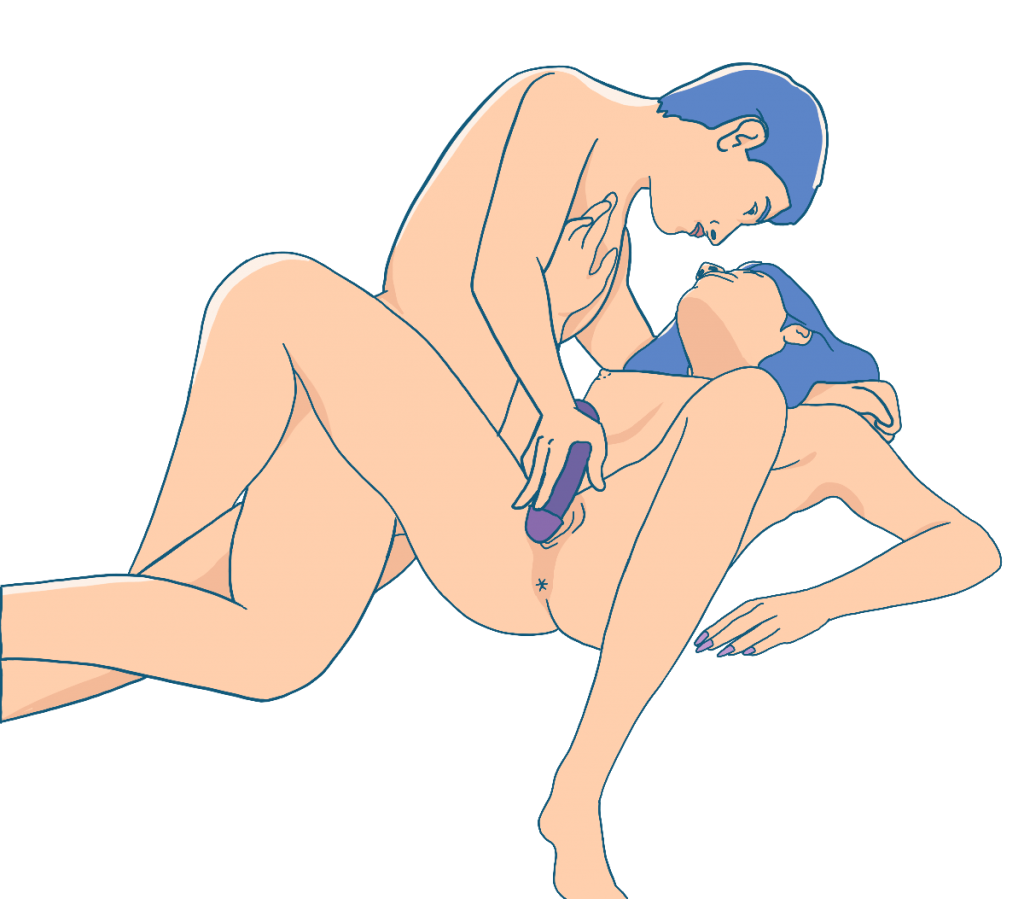 Encourage your partner to experiment with them alone or to use them during penetrative sex.

Over time, your partner may be open to exploring other types of sex toys like butt plugs, nipple clamps, and clit massagers.

The number of things you can find at this store will definitely exceed even your bravest expectations!

While you could gift her a sex toy or two, it’s much more fun to shop together. You can do so by by visiting a local sex shop or perusing different online options like Amazon, Adam and Eve, and Lovehoney.

4. Ask Your Partner What She Likes

Perhaps you feel like you have a good idea of what your partner likes and wants in bed. However, I encourage you to ask your partner directly what she likes.

Your partner may feel uncomfortable bringing up her sexual needs as she may not want you to think she’s unsatisfied. Or maybe she’s really never given it thought before.

Either way, you asking her what she likes opens up a whole new line of communication. This can only change your relationship and your sex lives for the better.

Once she’s told you what she likes, make an effort to include it into your night. And then during sex, keep the dialogue going:

Continue to have these conversations with your partner as her preferences may change.

5. Give the Clit Some Love

During penetrative sex, it can be easy to get lost in the experience. However, many women cannot climax from vaginal penetration alone. So how can you ensure your partner is getting hers? One way is with clitoral stimulation!

The clitoris is a little bulge at the very top of the vulva. It contains millions of nerve endings which can lead to a shaking orgasm when stimulated just right.

While your partner can stimulate her clit during sex, she may also just want to lay back and enjoy the experience every now and again. To allow her to do so, choose sex positions that make it easy for you to access her clit during penetration. 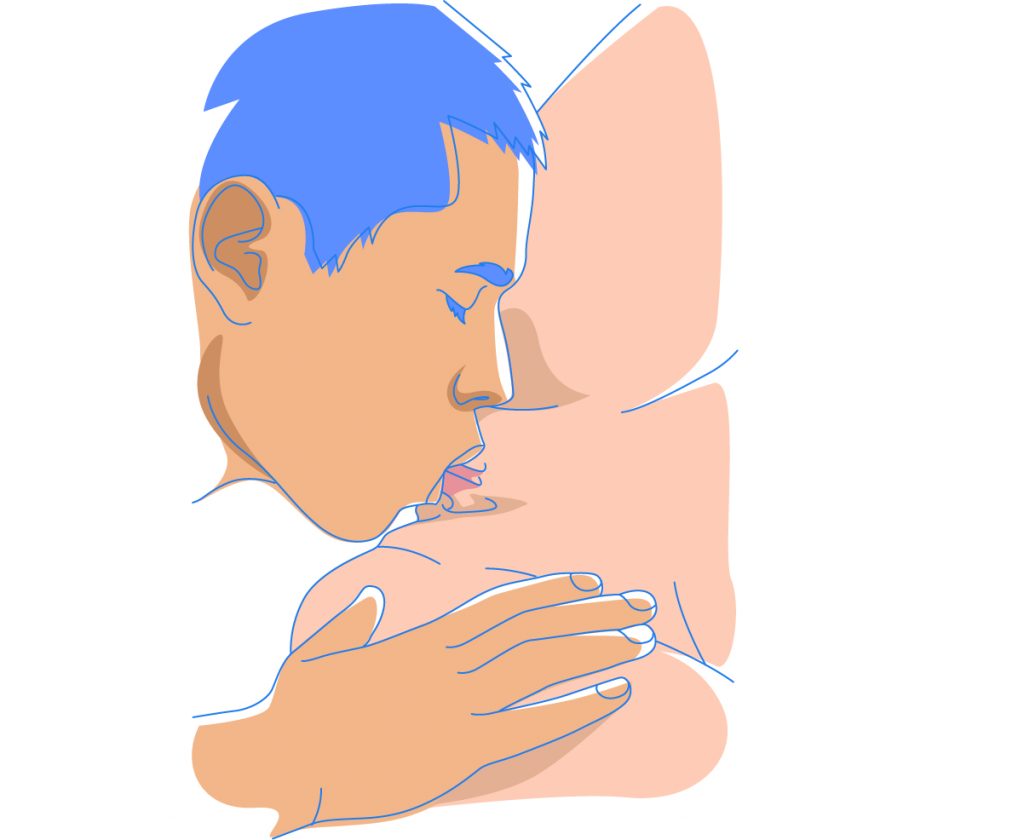 It’s also relatively easy to do and requires very little materials to get started. All you need is:

Whether penetrative sex, nipple play, or clitoral stimulation, a high-quality lube can make a world of difference. After all, you don’t want there to be friction and skin pulling especially when a quality lube can resolve those issues with ease.

So what is the best lube?

There are various kinds of lubes, including water-based, silicone-based, and oil-based. They all have their pros and cons.

Water-based lubricants are the most universal type of lube. This is because they’re compatible with all types of condoms and sex toys. Water-based lubes are also great for anyone with sensitive skin and they don’t stain clothing or bedding. 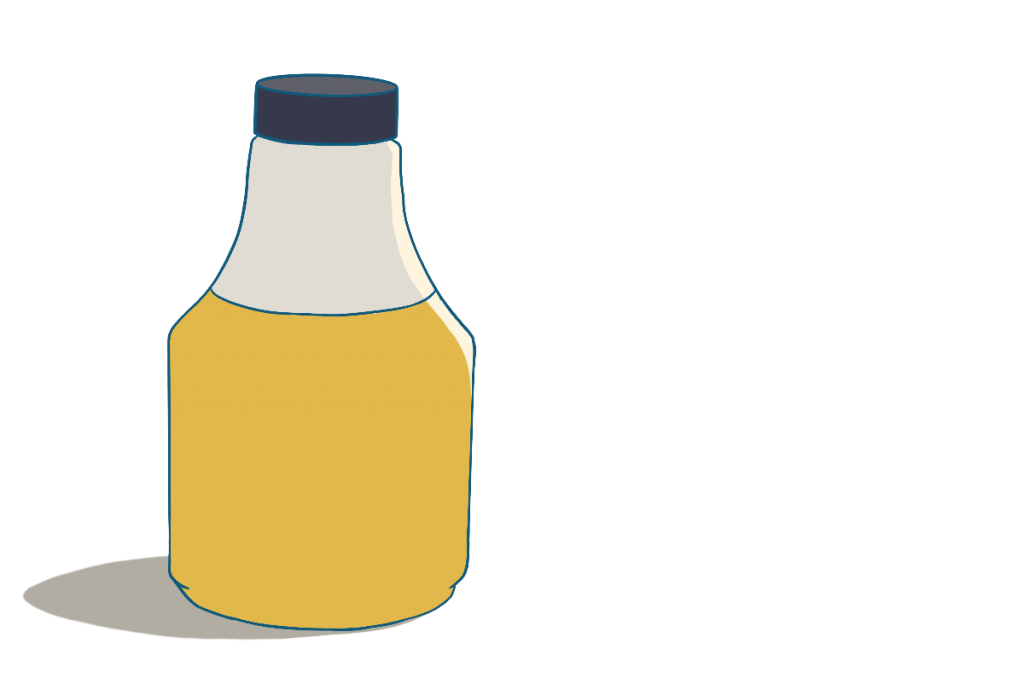 If you’re looking for a longer-lasting lubricant, then silicone-based lubes are the way to go. These are compatible with all types of condoms, though these lubricants should never be used with silicone sex toys.

Silicone lubricants are excellent for intense activities where you don’t want to stop in the middle to reapply, like vaginal massage.

The downsides to silicone lubricants are they are a bit stickier and greasier than their water-based counterparts.

Oil-based lubricants like baby oil and Vaseline are a great option for sensual massages as they’re the longest lasting. However, they aren’t recommended to be used with any types of condoms or sex toys due to their corrosive nature.

It’s best to avoid these during intercourse or vaginal massage as oily lubricants can cause irritation or infection. They are also more difficult to wash away than water-based and silicone-based lubricants.

Instead, use them for body massages. Just be sure to use bedding you don’t care about as they may stain fabrics.

How to Heighten Her Pleasure: Four Vaginal Penetration Techniques to Try

Now that you know how to elevate the experience, let’s talk about some specific techniques. That is, things you can do in bed – tonight! – sure to bring her pleasure.

In 2021, a study was published that highlighted the sexual experiences of thousands of American women. The goal of the study was to find out what made vaginal penetration more pleasurable for women.

Who better to tell you what women want than women?

The women’s experiences were analyzed, and a pattern of four techniques was quickly identified by the researchers. These techniques didn’t previously have words to describe them, so researchers hoped to create universal definitions that women could then communicate to their partners.

The four techniques and their definitions are as follows.

The percentage of women who used this technique: 87.5%

The definition according to the researchers: “rotating, raising, or lowering the pelvis/hips during penetration to adjust where inside the vagina the toy or penis rubs and what it feels like.” 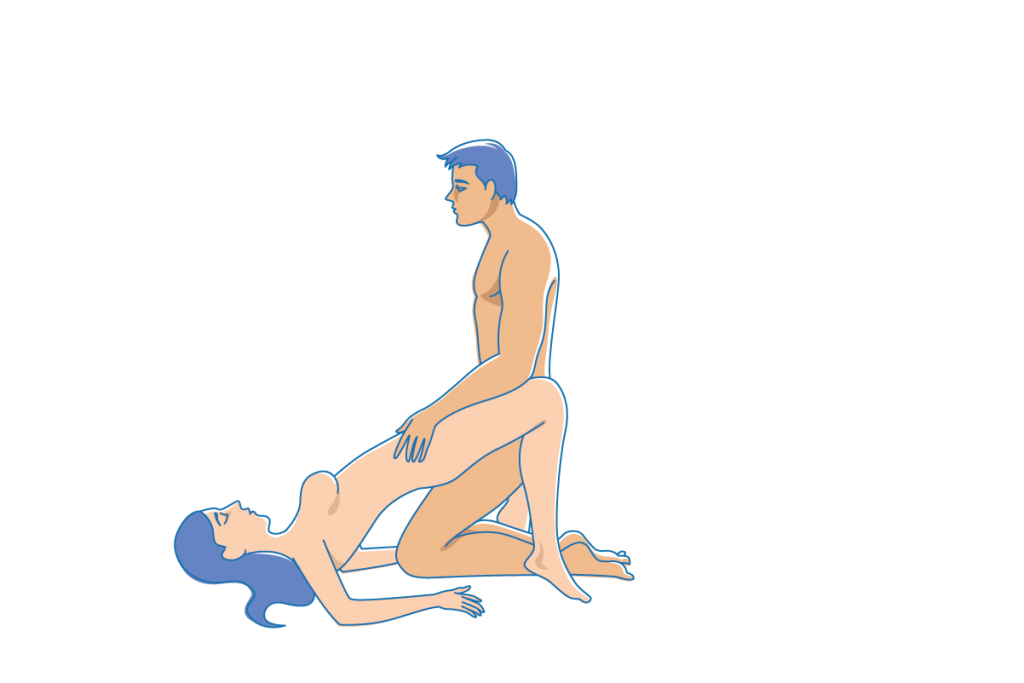 The percentage of women who used this technique: 76%

The definition according to the researchers: “the base of a penis or sex toy rubbing against the clitoris constantly during penetration, by staying all the way inside the vagina rather than thrusting in and out.”

The percentage of women who used this technique: 84%

The definition according to the researchers: “penetrative touch just inside of the entrance of the vagina—not on the outside, but also not deep inside—with a fingertip, sex toy, penis tip, tongue, or lips.”

The percentage of women who used this technique: 69.7%

The definition according to the researchers: “when a woman herself (Solo Pairing) or her partner (Partner Pairing) reaches down to stimulate her clitoris with a finger or sex toy at the same time as her vagina is being penetrated.”

Pleasuring your woman in bed isn’t all about bringing her to climax, though that’s definitely the goal. However, you should not be racing toward the finish line. Instead, focus on doing the “right” things for her during lovemaking, including foreplay, communication, and clitoral stimulation.

Of course, some of the right moves don’t hurt either! So give those four vaginal penetration techniques a try in addition to the seven tips we listed above and you’ll be well on your way to pleasing your woman every time.