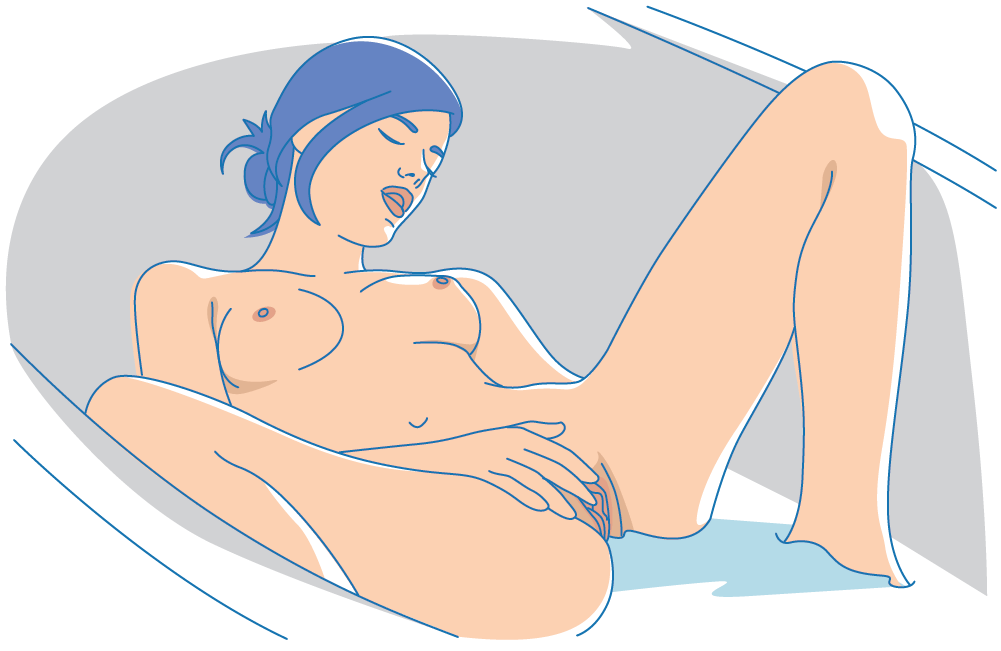 Female Ejaculation: Everything You Need to Know

However, if you’re a lady reading this guide, and you want to learn more about your body, your vagina, and how female ejaculation works, this guide is going to cover all the bases.

A Quick Message From Laura

Hey everyone! Laura here! And that handsome chap down there is my lovely partner, Jakob.

I’d go as far as saying we’ve actually “reignited” the sex lives of thousands of couples, salvaged marriages, and generally made the world a better place. You can learn more about our story here.

However, once you’ve unlocked the hidden secrets on how to make your partner squirt, that’s where the real mind-blowing, body-shaking, electrifying orgasms lie.

That being said, after you have read the first half of this guide and you understand what female ejaculation is (which is super interesting and worth learning), we will give you some interesting practical tips on how you can start creating ejaculatory, body-shaking climaxes.

A Brief History of Female Ejaculation

Joanna Korda, from the Department of Urology at the University Medical Centre Hamburg‐Eppendorf, conducted a comprehensive systematic literature review to look into when and where female ejaculation had been mentioned throughout history.

In Ancient India, the female ejaculatory fluid was known as “a amrita,” which means Nectar of The Gods. Interestingly, a fourth-century Taoist text distinguished the difference between a “slippery vagina” and “the genitals transmit fluid.” Korda concluded that this was probably referring to the differences between cervical fluid and female ejaculate. 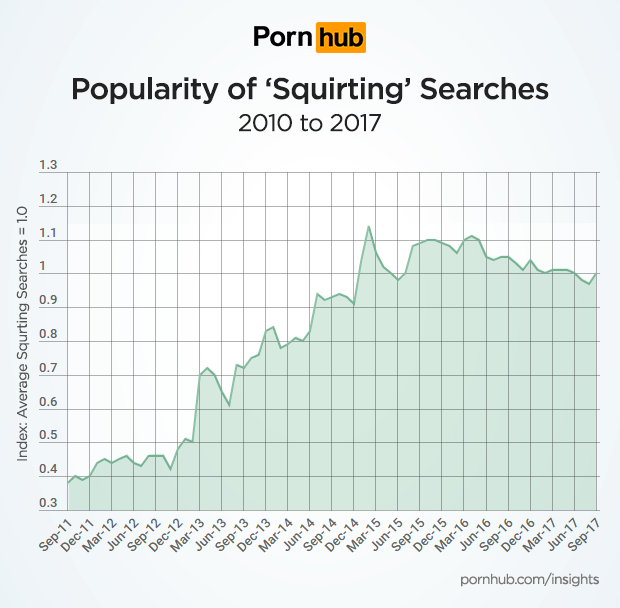 Kitty May, Director of Education and Community Outreach at Other Nature, a feminist sex store in Berlin says:

To be honest, Jakob and I agree with the protests. There is not a single thing wrong with female ejaculation, and it should be celebrated, not frowned upon(!)

What Is Female Ejaculation?

I’m almost 99% sure, back in sex education class in High School, I was never taught about female ejaculation.

It was all about the men and their ejaculation…

Well, the interesting thing is, the only thing you need to ejaculate is a urethra. That’s the tube where urine is passed out.

So, is female ejaculate urine, or is it something else? A study conducted by Samuel Salama and his colleagues in 2014 wanted to find out what the fluid was. A sample of 7 women was used, and all of these women reported producing large amounts of ejaculatory liquid.

If the study ended there, this would imply that female ejaculation is urine, but the research continued…

Salama and his team then analyzed all the squirted fluid samples from the women. Two of the women saw no change in the chemical makeup of the fluid – it was just urine and their ejaculatory fluid. However, five of the seven women had small amounts of prostate-specific antigen (PSA) in the fluid. This is an enzyme that is not detected in urine but is detected in female ejaculate.

PSA is often associated with male ejaculate, and it helps sperm to swim. In men, it is produced in the prostate; however Salama noted that for women, PSA is mainly produced in the Skene’s or paraurethral glands. These are located on the front wall of the vagina.

That being said, while researchers have an understanding, there is no conclusive agreement to what female ejaculatory fluid is made up of. It has been demonstrated to contain urine, amongst other fluids. 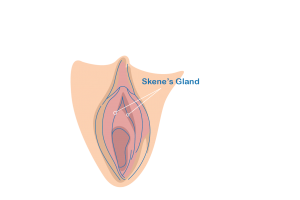 “The first time I squirted, it came out like a fountain. I was having sex with my partner at the time, and after some hard pounding, he pulled out, and my vagina just started going crazy. It was…How do I put it…Just pumping water out… 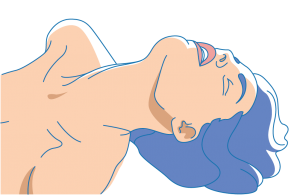 Actually, that’s what led me to find Laura and Jakob from School of Squirt. Luckily, I bought the course for my partner, and our sex life has never been better. When I squirt, I find it extremely pleasurable. Usually, the squirt comes just as I’m about to orgasm. On multiple occasions, my entire body started shaking uncontrollably, and I experienced some of the most intense orgasms I’ve ever had.”

“I’m bisexual, and currently, I’m in a relationship with another female. My ex-boyfriend was very good at making me squirt, so I knew how to relax my body and let him take control. When I ejaculate, it makes my orgasms feel a lot stronger than if it just through penetration or clitoral stimulation.

Now we can both squirt at the same time; we seem to feel a lot more intimate. Sure, it gets very messy, but it’s a great experience to have with each other. It seriously turns me on when I see her let go, and she seems to feel the same way. One thing that really helped her were deep breathing techniques, and it seems to help her to speed up breathing just before she’s about to come.”

Give Her An Orgasm She Never Forgets. Try It Now!

Can All Women Ejaculate?

How To Ejaculate For Females in 5 Simple Steps 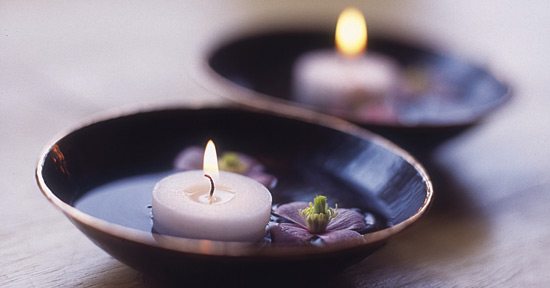 The first step in achieving female ejaculation is to wind down. Ejaculation is as much of a mental game as it is a physical one. It’s important to totally relax before beginning. We recommend some of the following:

Following some basic steps like this will put you in the best possible headspace to give you the best chance of ejaculating. 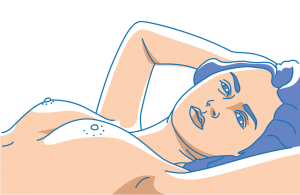 The second step is to begin a deep dive into your body. Exploring your body might not be something you’ve done up until this point, but we recommend you take as long as you need to explore different areas. Some areas may actually excite you more than you know it.

Simply give it more time exploring your body, or begin by stimulating the clitoris. Once you are fully aroused, you can use either your fingers or a sex toy to penetrate the vagina. The G-Spot is located on the top of the vagina wall, just past the opening. It will have a different texture to the rest of the vagina. 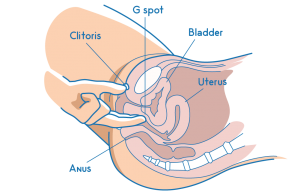 Once you find the G-Spot, you want to continually stimulate it, massaging it in various motions until you find what works for you.

When you’ve been stimulating the G-Spot for some time, and your body is about to squirt, you will feel almost as though you’re about to pee. Don’t panic – it’s normal to feel that way. If you feel this way, don’t stop and just keep going. You can worry about the mess after – but for now, try your best to relax and enjoy what you worked hard for.

We’ve covered a lot in today’s female ejaculation guide – however, there are many unanswered questions. Let’s explore those now:

Female ejaculation, although being expelled from the urethra, does not smell like urine. In fact, it doesn’t smell of anything at all.

Female ejaculate is said to have a sweet taste. This is probably why the Ancient Indians referred to it as “a amrita,” which means Nectar of The God.

Is there pressure on women to squirt?

“It’s increasingly being asked for, and a woman’s career can take a financial upswing if she manages to squirt. I don’t get hired for jobs specifically featuring this act because it’s not something I can guarantee will happen with my body.”

Why is female ejaculation banned in the UK?

Female ejaculation was banned in the UK because the British Board of Film Classication (BBFC) consider squirting/gushing “urolagnia.” Urolagnia is where people find sexual pleasure with urination – yep, some people have a fetish of watching other people pee(!)

A 2013 study at the Rudolfstiftung Hospital in Vienna reviewed female ejaculation. They designed a questionnaire to learn more, and 320 women responded. The most common volume was approximately 60ml. This study identified a range of 0.3ml to 150ml.

Suck My Clit: The Ultimate Guide to Clitoral Stimulation

The Complete Guide to Queefing: Everything You Need to Know

The Complete Guide to Female Horniness

Tantric Sex: Everything You Need To Know

Now I want to show you a few of our 'Orgasm Secrets' - I created a short video that explains more.

Click below to start watching the new video so you can try using the techniques tonight!